skip to main | skip to sidebar

At the start of the week, I looked at my training program and saw I had a 10 mile run for the upcoming Saturday. I thought it would be more fun to do that training run in an actual race, so I started searching for one. I was lucky and found a 10K in Lawrence called the Nash Dash. I hadn't done this race before, but I thought it sounded fun! The course started downtown on Mass St, and went up on the University of Kansas campus, so I knew there would be challenging hills!

I decided to do 4 miles before the race and then do the 10K to get the other 6 miles in. I thought I might be crazy for doing it in that order, but I wanted to get it over with and not have to run after I had done the race. So I got there early, ran almost 4 miles, and then went to the start line! The great thing about this race was it didn't start until 8:30 and I'm not a morning person, so it worked perfect!


The weather was pretty perfect that morning. Not too hot and not too cold and it was nice and sunny. First off I ran 3.83 miles in 38 minutes and 55 seconds. My pace was 10:09. I honestly didn't mean to go that fast, but I was feeling really good. Then I ran the Nash Dash 10K, which was actually 6.29 miles according to my Garmin in 1 hour, 3 minutes and 32 seconds which was a 10:06 pace. It wasn't a 10K PR for me, but it was pretty close! There were a few brutal hills, but that was expected when you're running on campus. The thing I didn't expect was for them to have us run up the steepest hill going up on campus. Challenging and hard and I was tired by the time I got to the top, but it felt good!


A thing they did at this race that I'd never seen at a race before, was they did a hill challenge. On that steepest hill they had a time mat at the bottom and at the top, so they could get everyone's splits just on the hill. They gave prizes for the fastest hill sprinters. I wasn't one of the winners (or even close), so I can't tell you what they got. But I thought that was a unique thing for a race that added an extra competitive element.


This is definitely a race I would do again because it's at a great time of year when the weather is really nice and it's always nice to do as many local races as possible!
Posted by Jess at 8:03 PM

Jess
KS, United States
I'm a newlywed and a momma of 2 doggy kids! And I love to run! 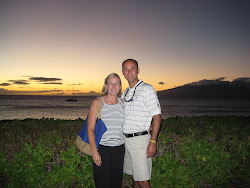 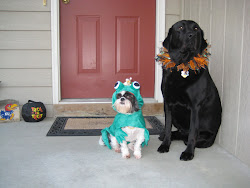 Dressed up for Halloween